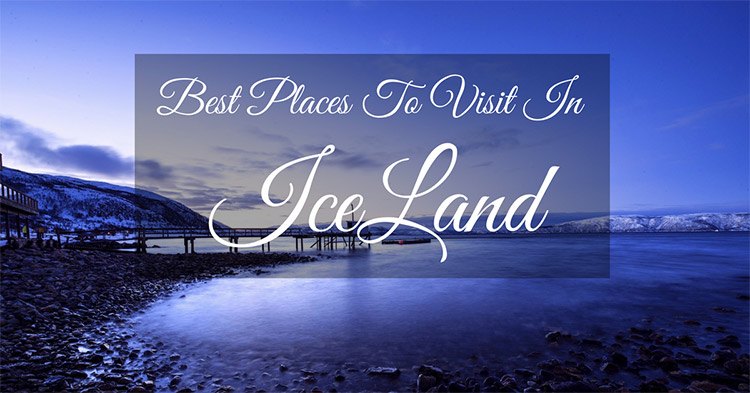 Best Places To Visit In Iceland: 5 Of The Most Perfect

The Nordic countries have always been known for their natural beauty, the friendly, hardy people, and the deep, rich history. Iceland is the most sparsely populated, not only amongst the Nordic nations but all of Europe, meaning there are many beautiful, untouched places around the country just waiting to be explored.

That is why I have found myself visiting Iceland time and again. There have been not many countries that I can say for certain that photographs do not do the place justice, and Iceland comes very near the top of that list.

What better place is there to begin than the capital of Iceland, home to over a third of the population of the country? Unlike many other capital cities around the world, however, there is very little traffic and even fewer skyscrapers. Walking along downtown Reykjavik will allow you to immerse yourself in their deep culture and flourishing arts scene. 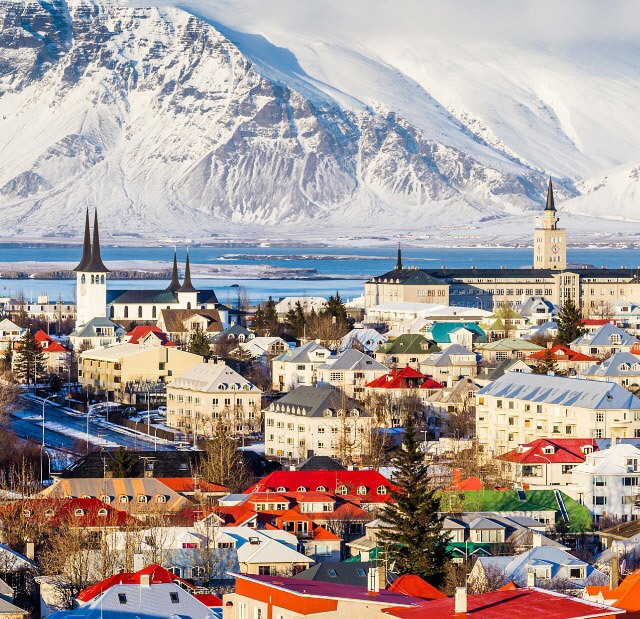 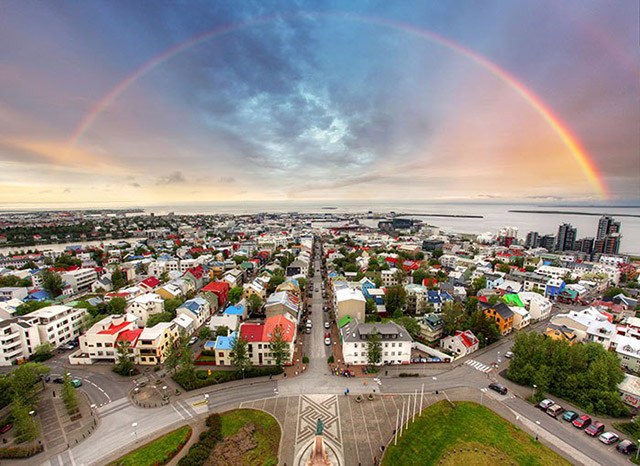 Wherever you go, you will be greeted with the perfect melding of old and new, urbanization and small towns. Not many places have been able to capture this stunning transition this harmoniously, allowing Reykjavik to stand out as the heartbeat of all of Iceland, steadily pumping vibrancy and old-school charm through the nation (1).

While you’re in the capital, take some time to visit one of the many museums within its vicinity! Some hold many lessons and some secrets to Iceland’s storied past, while some are a little more unique. The Icelandic Phallological Museum is definitely worth a special mention here (2﻿). 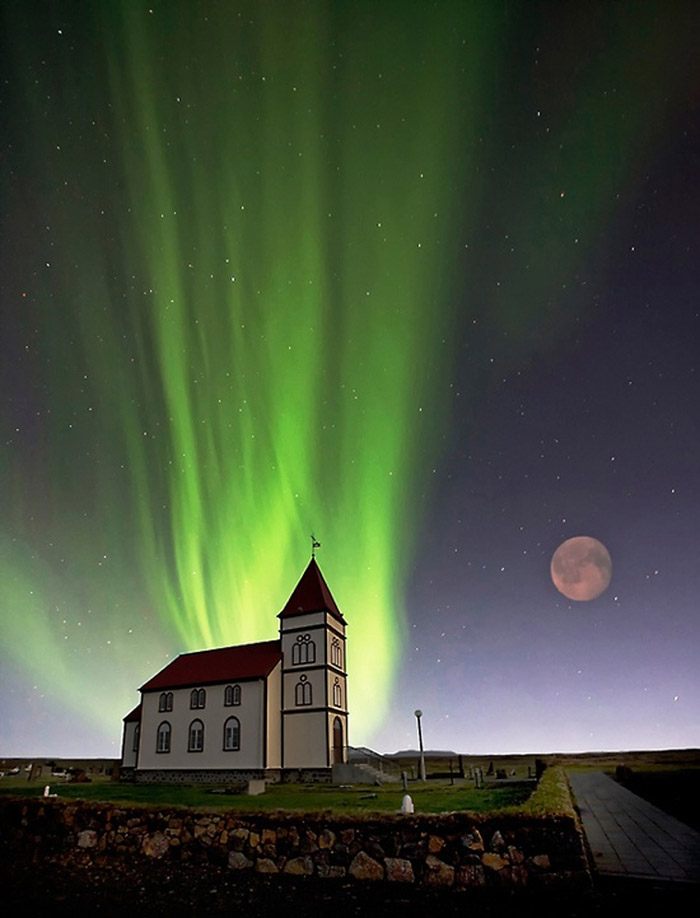 Aurora Borealis, the Northern Lights, are also able to be viewed right here in Reykjavik! Most of us have only seen this in photographs, as had I before I made my first trip a few years ago, and I have to say that this airborne phenomenon is worth a trip on its own. Visit in the wintertime, and you may be lucky enough to see the city turn its lights off to allow this natural light show to take place (3). 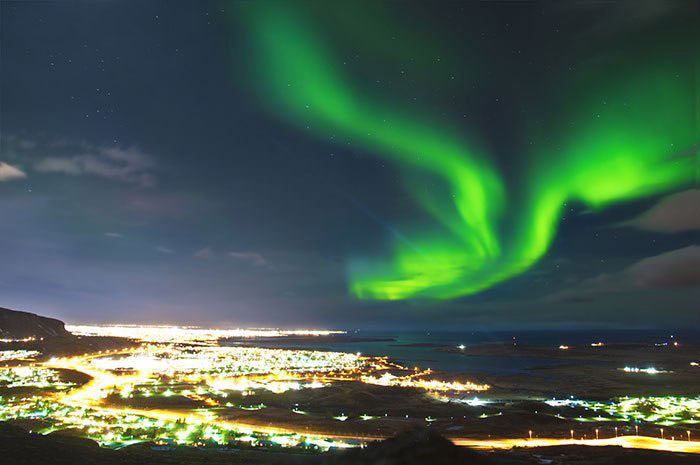 Also, make sure to take time out to visit Hallgrímskirkja, the most iconic church in Reykjavik! It should not be hard to find, as it towers over the rest of the downtown area. 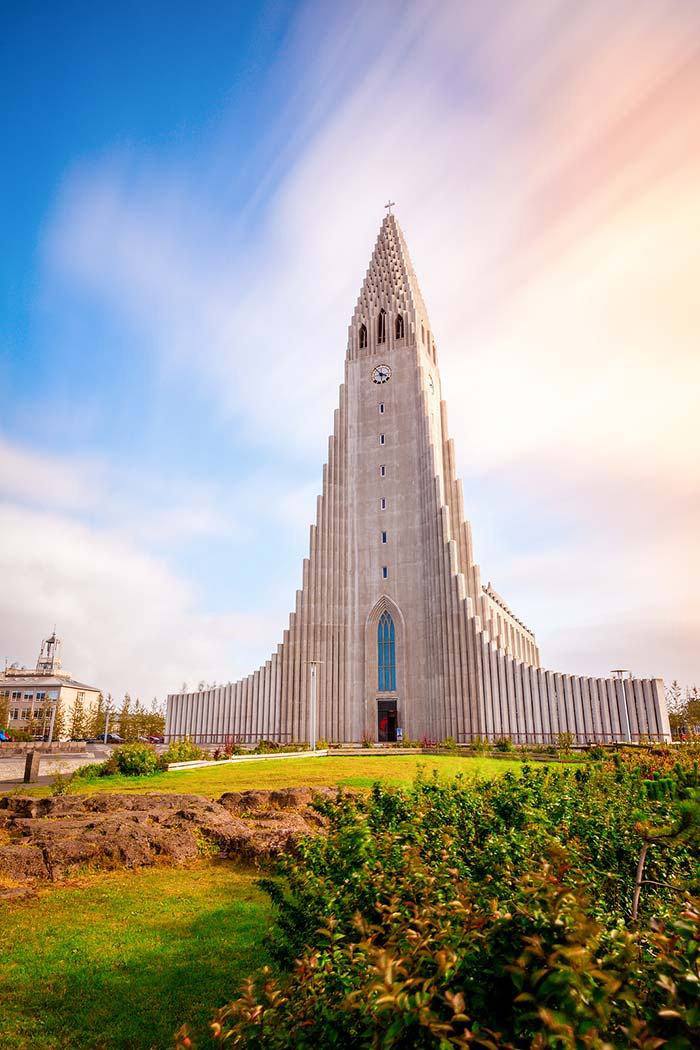 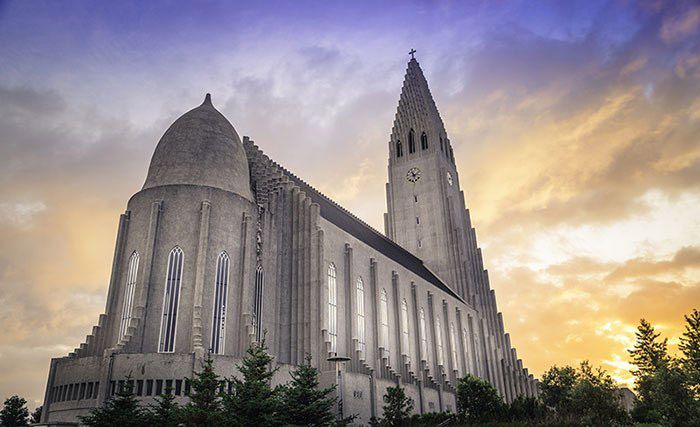 Myvatn and the surrounding area was completely covered in glaciers just over 10,000 years ago, making it a barren wasteland. However, a little over 3,500 years ago, the eruptions began, melted the glaciers, forming craters and eventually filling into the Lake Myvatn of today. The lava overflow allowed the land around the lake to be very fertile, and lush greenery still covers the landscape. 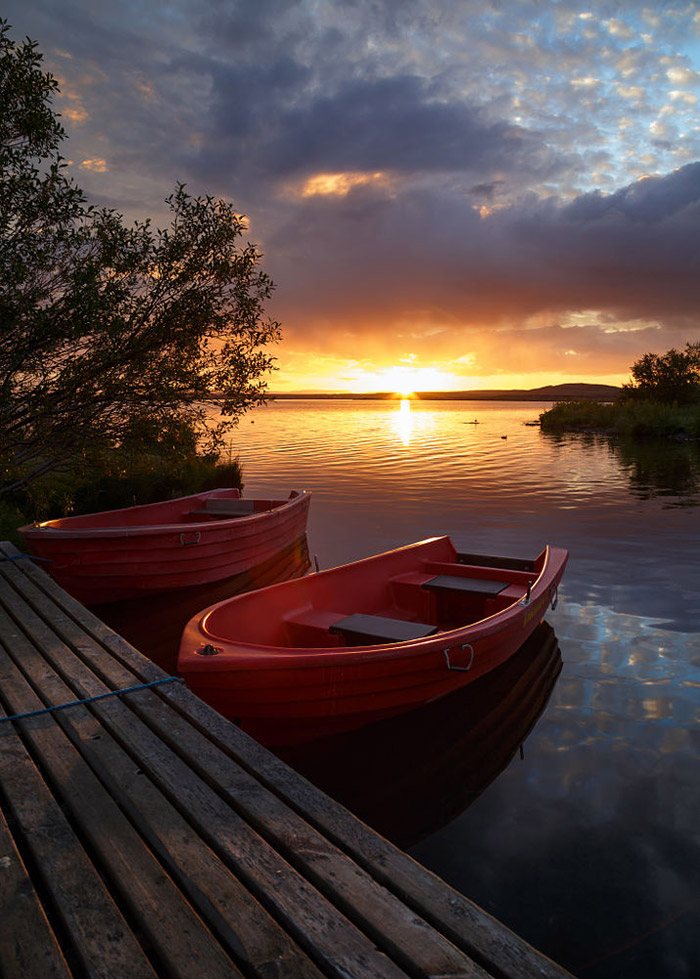 Many eruptions have happened since, stripping and then regrowing the vegetation in the area. What is immediately obvious when you do arrive here is the ingenuity of the people in making the best of a bad situation. The geothermal hot pools are now used by tourists and locals alike to cleanse the mind and body, and the craters and formations attract hikers daily in the warm months (4). 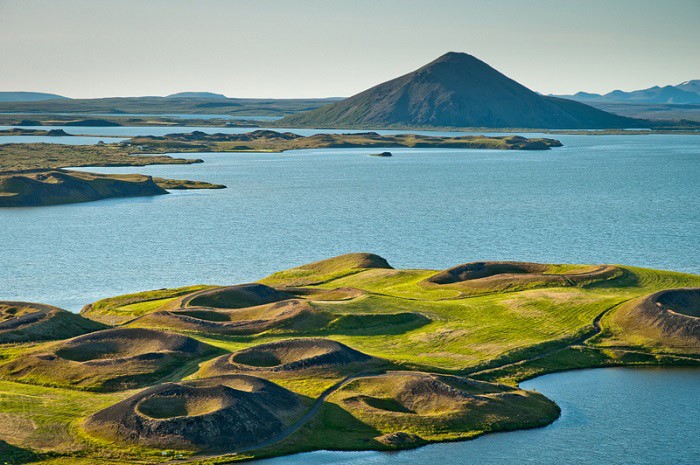 Don’t just come up here to the North of Iceland for the lake, however. Surround the lake are walks, rock formations, geothermal caves, and craters waiting to be explored. Dine in the Vogar Café if you have time on your hands, a café and milking shed standing side by side, and if you arrive at the right times, you will get to drink milk freshly squeezed from the neighboring cows (5)! 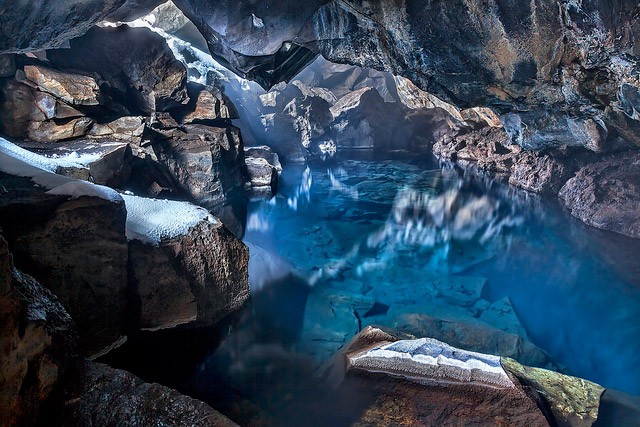 Amazingly, this tiny, sparsely populated country is home to Europe’s strongest waterfall by a long shot; introducing Gullfoss, “the Golden Waterfall”. One of the natural wonders of the world, this stunning, powerful waterfall produces mist clouds large enough for dozens to rainbows to appear on a sunlit day. This set of two falls tumbles over 30m before hitting the bottom. 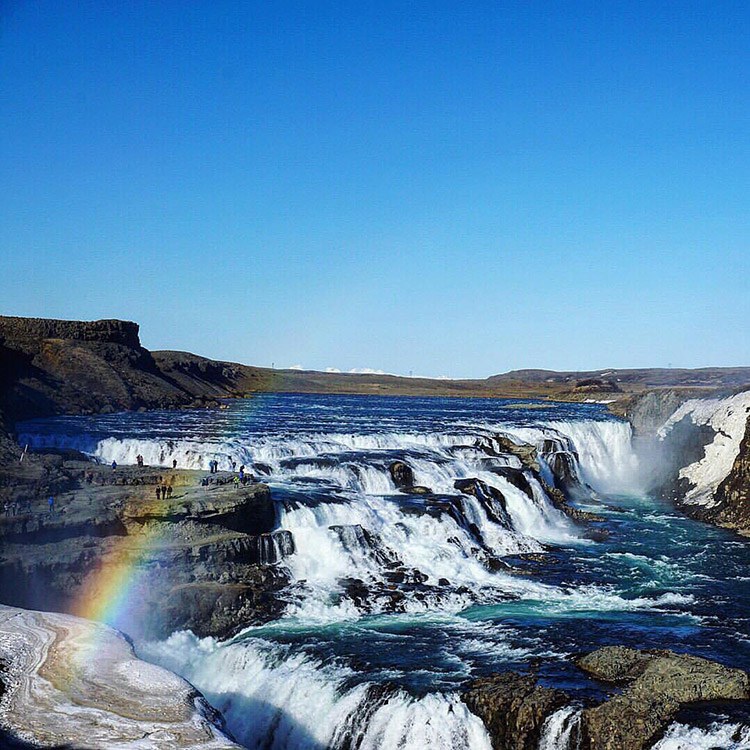 You will get to feel the full force of these falls the moment you get anywhere near it. The sight and sounds of the plummeting water are more than enough to remind us that there are things much bigger and more important than we are. I felt much better leaving the waterfall than I did when I arrived there, which does say a lot about the healing power of unadulterated nature (6). 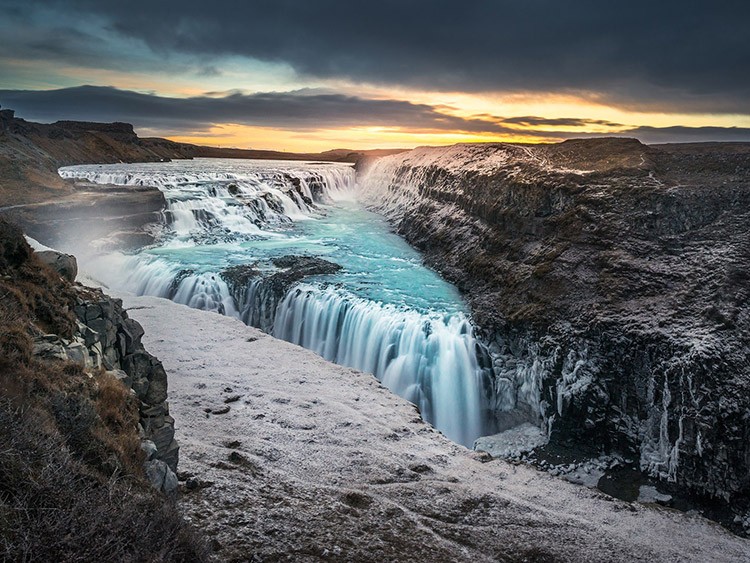 Gullfoss may be a force of nature, but the destructive hand of men nearly pulled the plug on this mighty waterfall. Over fifty years ago, there were many power companies inquiring about purchasing the rights to this stunning work of art and putting a hydroelectric dam on it. They thought that the profit that came with controlling this river was worth its subsequent demise. 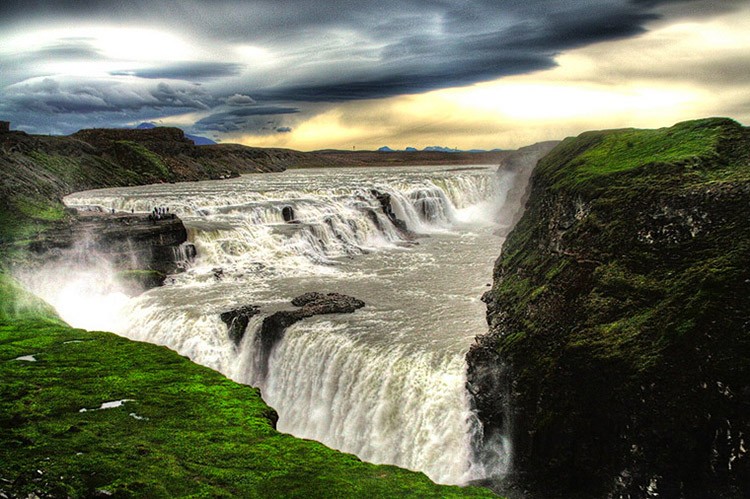 One person stopped it from happening at all, and this person was Sigríður Tómasdóttir, daughter of the man who owned the waterfall at the time. She protested for a long while until the people decided against it, and it is because of her that we are able to witness the glacier fed river fall over 100ft to the sanctuary below. As such, there is a monument you should visit at the top of the falls (﻿﻿7).

In terms of natural beauty, there is nothing like Kirkjufell in all of Iceland, even arguably wider Europe. Translated to “Church Mountain”, this mountain may not be a giant that reaches its head above the clouds, but the corkscrew-like top makes it the most photographed mountain in all of Iceland. 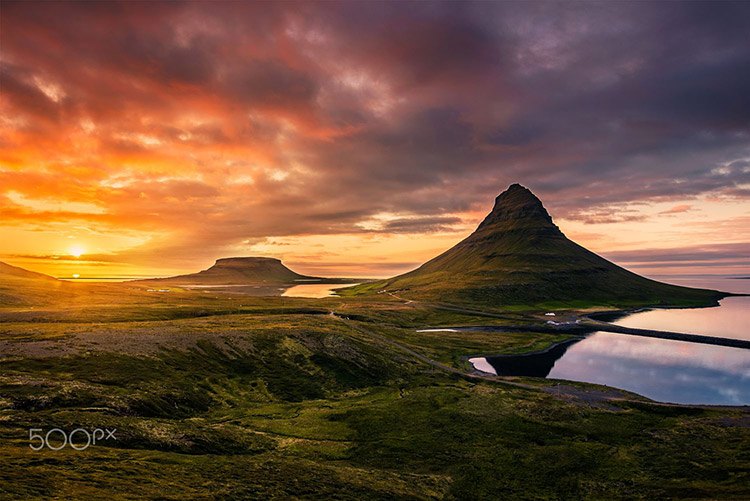 The drive and trek toward the mountain are the perfect examples of why you should never look forward only to the destination, but to enjoy yourself along the way. Iceland is beautiful all around, but the Snæfellsnes Peninsula, adorably nicknamed ‘Iceland in Miniature’, holds a charm that is all encompassing (8). 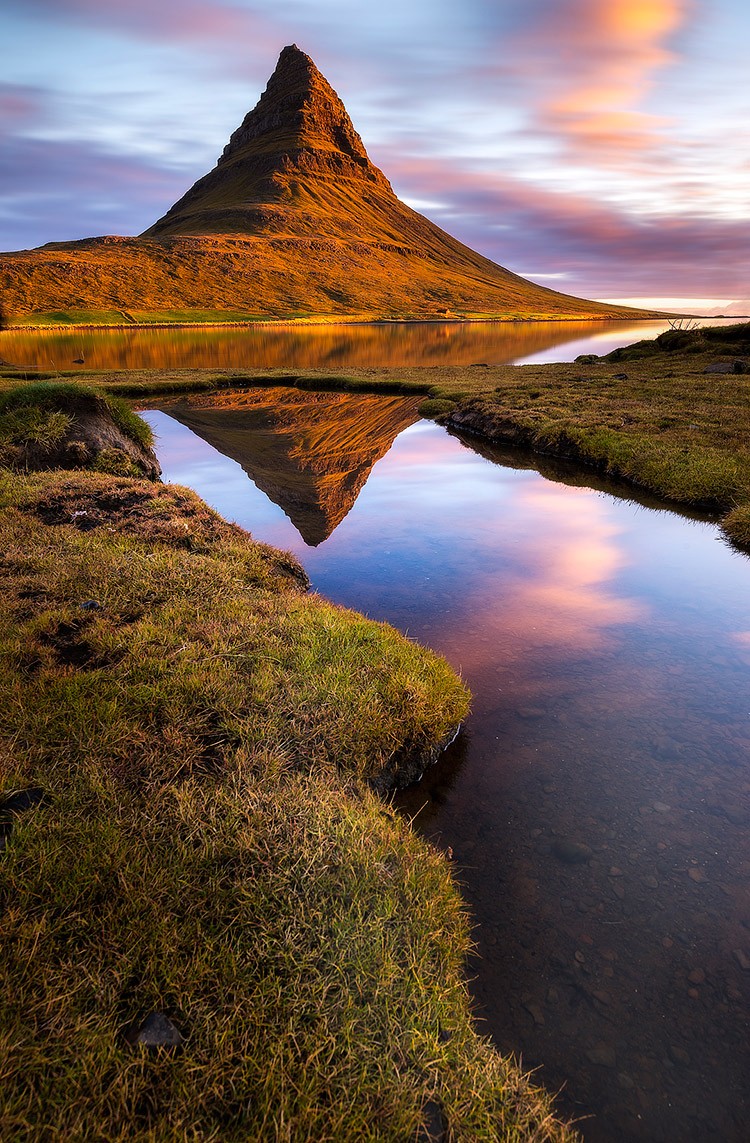 Climbing this mountain is entirely possible, but most choose to spend the time finding the perfect angle for the perfect shot of this miracle of nature. There is literally no best time to visit Kirkjufell, as every season and time have its perks, whether it is the clear wintery nights and the backdrop of Aurora Borealis, or a bright summer’s day and the ability to capture the entire scenery. 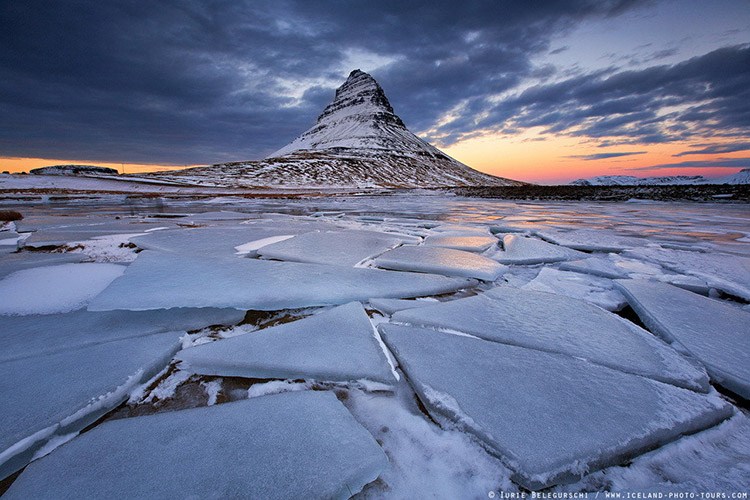 An hour and a half is the time you will need to allot to climbing this mountain either way, and while it is not for the faint of heart, the view from the top is just stunning, and the sense of achievement is priceless ( 9)!

Head northwest for the final stop of this short list of places to be in Iceland and boy have I saved the best for last. Only on my latest trip was I able to visit Westfjords, and while this place may not have the commercial pull that tourists look for, it more than makes up for in sheer magnificence. If there was ever a place to go for ‘Iceland in a day’, this is it. 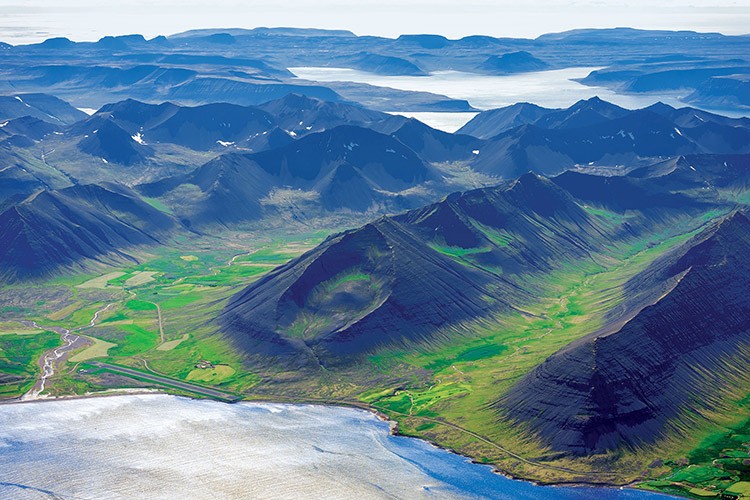 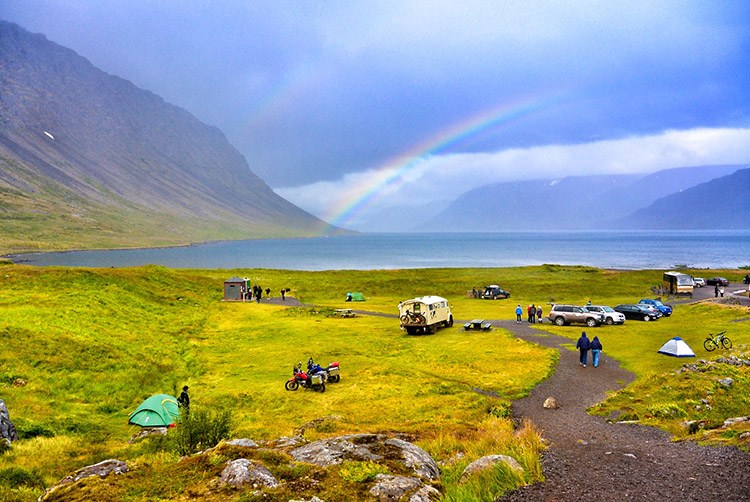 The Arctic Fox calls this vast expanse of land home, as do the puffin and almost half the world’s population of some bird species (on Látrabjarg cliff). Sloping mountains perfectly cup the inlet that holds the region’s major settlements and airport, making it the perfect backdrop for hiking in the summertime and skiing in the winter (10). 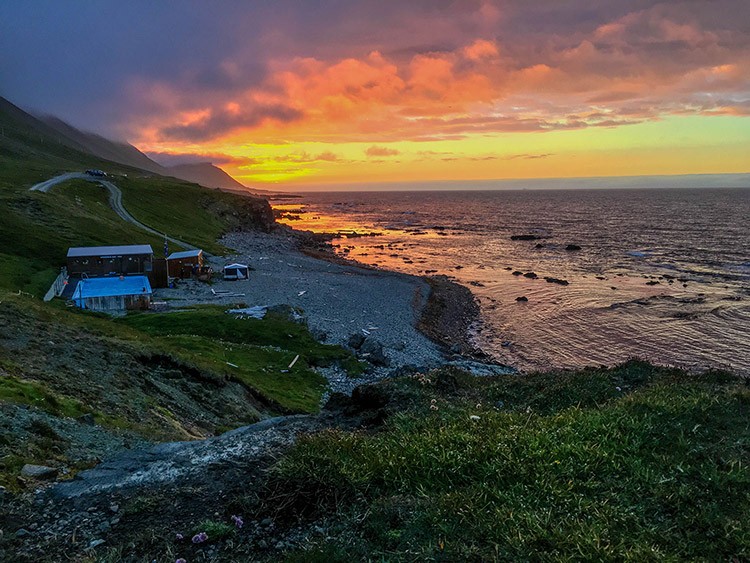 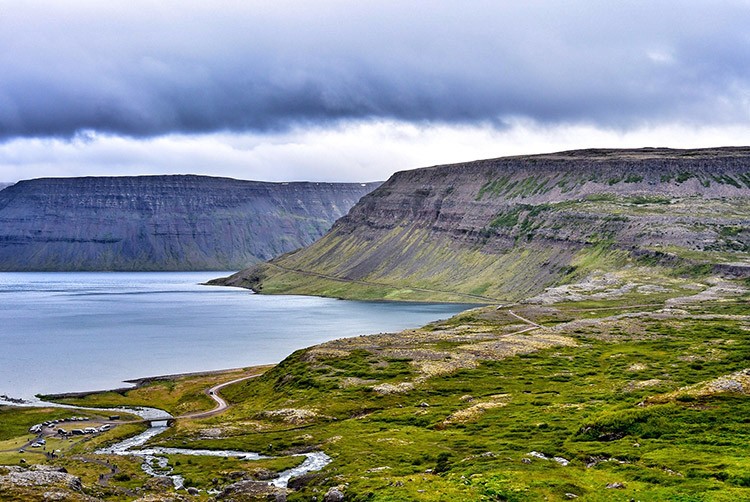 Getting to Westfjords is a hard task as roads are winding and often very steep, but the long, arduous drive here is more than worthwhile. Golden sand beaches, fishing villages, and the Drangajökull glacier are all also found in the region, making it easy to see why visiting Westfjords is perfect for encompassing all of Iceland into a single, tightly-packed trip (11). 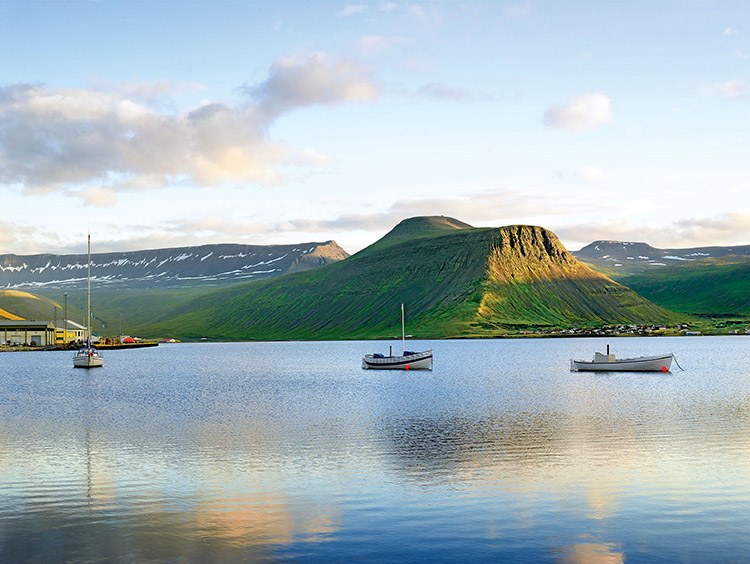 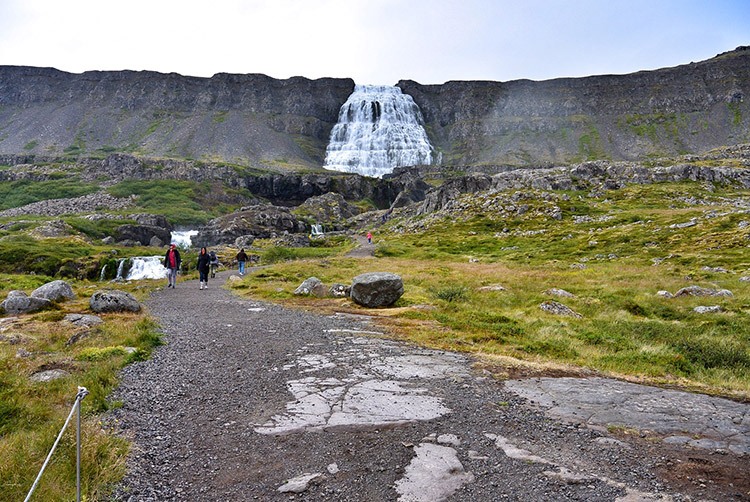 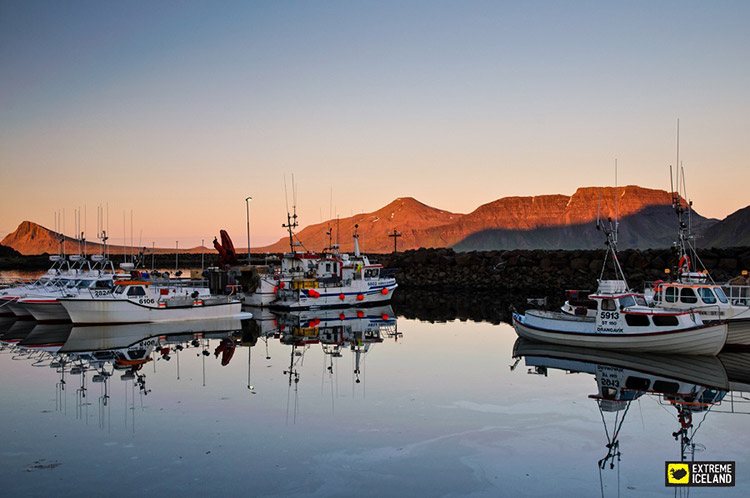 Iceland may be one of the overlooked Nordic nations, but you will quickly realize that it is nothing short of magnificent. There are not many places I have enjoyed myself in around the world like I do in Iceland, and hopefully, you will as well! Most Icelanders I spoke to thought too many people visited only in the summer and were missing out, so hopefully this all-seasons list can help change your perspective.

Comment below if you found this short piece useful or if you felt I missed any must-see location! Make sure to share it around if you enjoyed it, and who knows, maybe your next trip will be to Iceland. See you there!

Previous Post Planning A Trip To Thailand: Tips On How To Make It Awesome! Next Post The Best Daypack For Hiking: 5 Unique Daypacks Reviewed!

[…] I am dedicating this piece to going off the beaten track in Iceland. Sometimes you want to find the best places to visit in Iceland, while at others, you just need to drop off the grid a little; so this one is for you, my fellow […]

[…] in the summer, experiencing Iceland off the beaten track, or just a general flyby of the best places to visit in Iceland, this piece will be your first […]