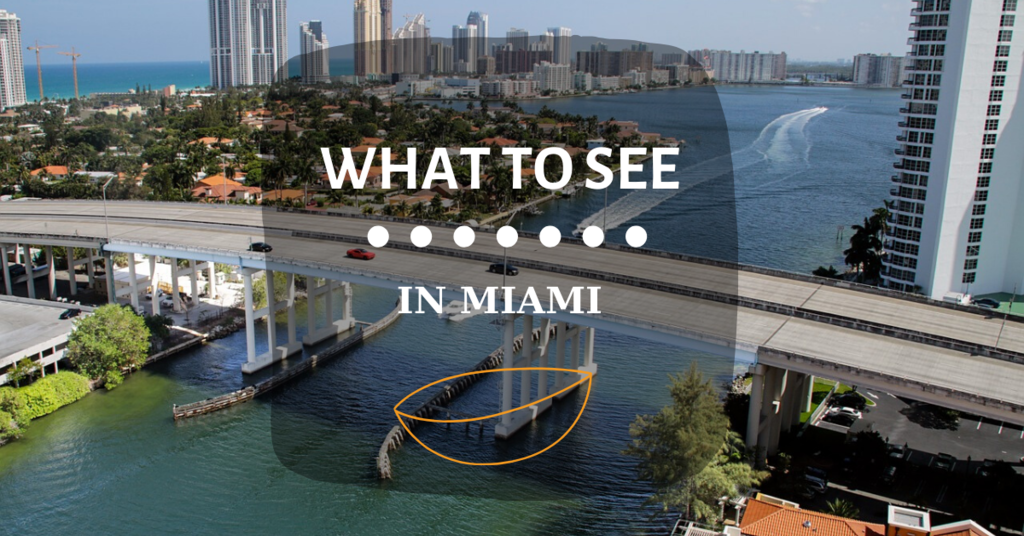 Travel Guide To Miami By An Expert

Miami is an illustrious city located in South Florida of the United States, where thousands flock in for a premier vacation. It has beaches, amazing weather, culture, sports, entertainment and everything you can think of for a dreamy vacation. It is very famous for its pristine beaches, the South Beach being one of them, for its aquamarine shorelines, flashy architecture and thrilling nightlife. But there is so much more in Miami that could easily make it to your travel checklist.

5 Best Places To Explore In Miami

This place takes us back to the 1930s and 1940s with its architectural style especially with its classic pastel-coloured buildings and large ostentatious neon lights on the streets. These were actually built after a destructive hurricane back in 1926, and everything that based there was restored to its grandeur post the hurricane, thanks to the Miami Design Preservation League. Ocean Drive and Collins Avenue are the two main streets. A walking tour would cost you roughly $30.

It lies in the Cuban district of Miami, which has a little different and rustic cultural scene. The aura is quite groovy with Latin music and locals socializing on the streets and panoramic sketches on the building by artists which depict the people and nature in Miami. The vibes are clearly entertaining on every street and avenue. The cuisines are also equally famous and assorted, they offer traditional Cuban coffee in every restaurant and foodies are going to have a gala time here. The Calle Ocho Festival is most looked forward to which happens in March on the famous street of Calle Ocho; the festival celebrates Cuban culture with Latin American music and Caribbean culture. Don’t miss to try one of those classic Cuban-styled cigars in here. 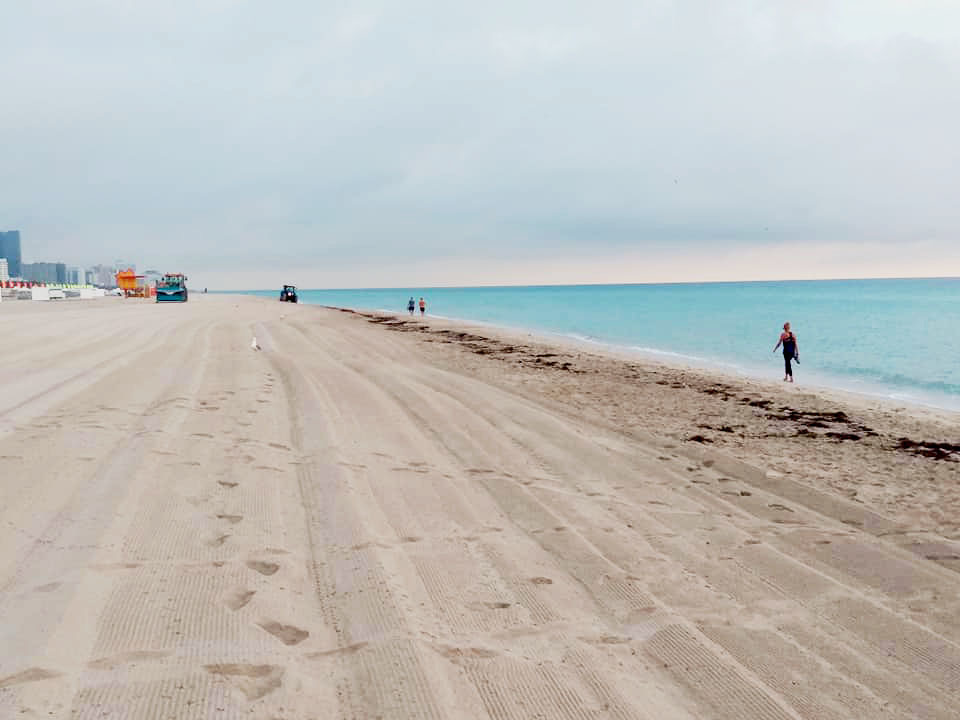 No trip to Miami is complete without a stop to the Miami Beach. It is located on an island which connects to the mainland by a series of bridges. This area features long stretches of calm beaches and a mix of neighbourhoods with artistic buildings. It is an expensive area with numerous restaurants, hotels and shops mainly facing the beach. The South Beach and the Art Deco Historic District come under this area. 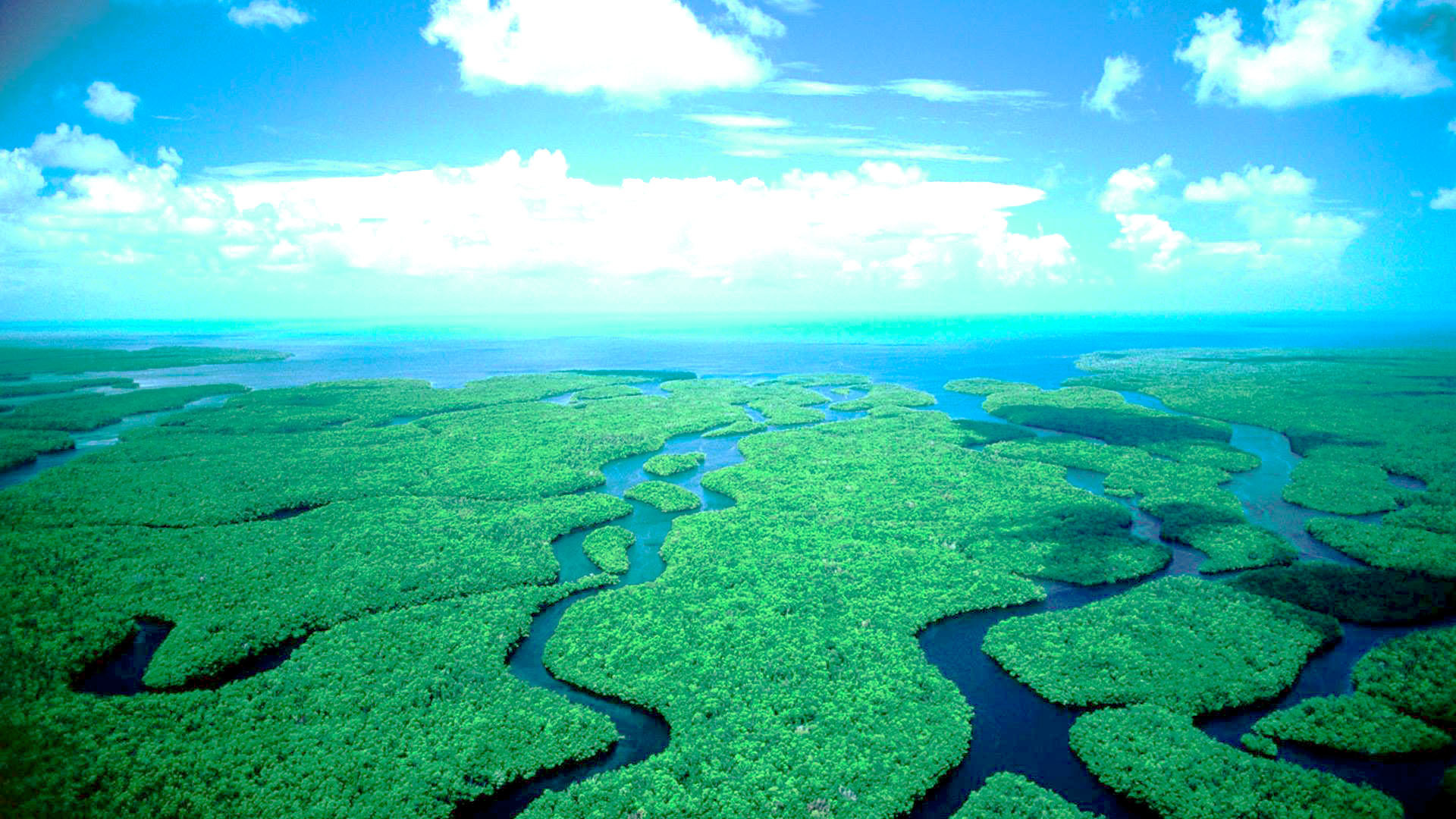 Everglades National Park From The Sky

Its Miami’s most unique national park with an of 1.5 million acres comprising of swamps, prairies and sub-tropical jungles. You can hire transport or book a tour where they give you airboat rides around the park. The swamplands have ample terrestrial wildlife to view including alligators and variety of birds. There are walking trails and boardwalks with an informative Visitors Center for the visitors. Entry charges are approximately $30. 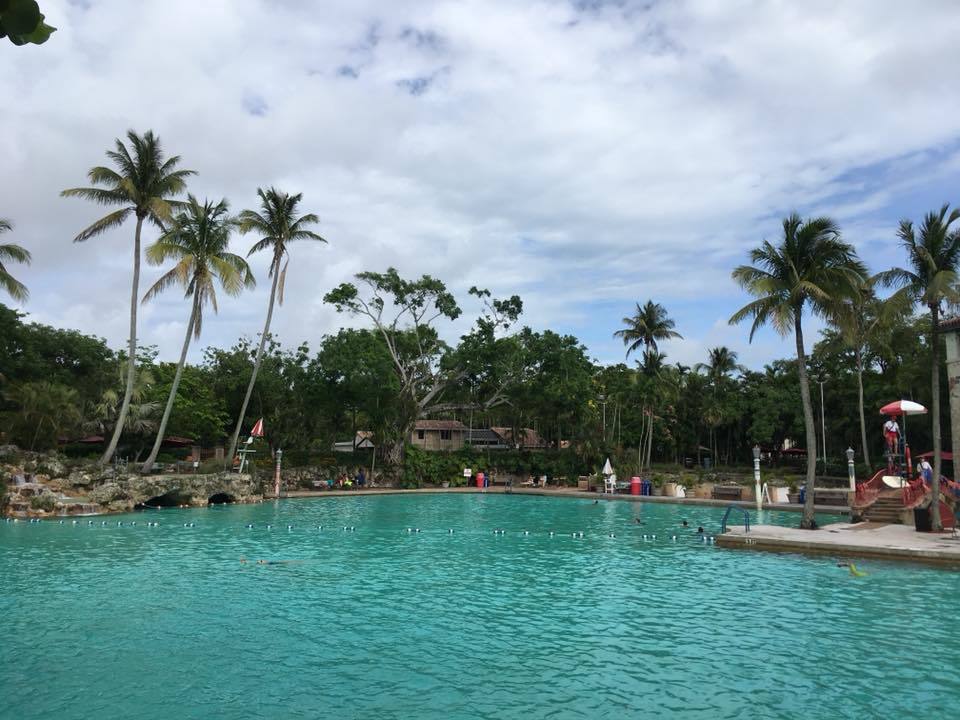 Its a city near Miami and is considered one of the opulent neighbourhood in all of the United States. It was built by George Merrick in the 1920s and citizens make sure that the architectural style is followed by everyone even when restoring. The main highlights of the place are the Venetian pool which is considered one of the most beautiful pools in the world, the Merrick House which is the founder’s house itself and lovely tropical gardens.

Months from December to February is the apt time period where you can enjoy Miami to the best, but prices would have surged because its the peak tourist season. Springs season from February to May is also equally good and you will get a lesser price on your flight tickets. Or you can use online ticket booking platforms like Cleartrip where you can ‘Set Fare Alerts’ so that you get notified whenever there is a drop in the flight rates.

Miami International Airport is the international airport primarily serving the Miami region. They have frequent international flights that connect to every country with a wide range of airlines that sell low-priced tickets, Gulf Air being a particular one. They connect to more than 27 countries and offer the best of in-flight service at an extremely affordable price. You can book your Gulf Air flight ticket @Cleartrip and avail the best of deals and offers on hotels and guaranteed rewards on every booking. Cleartrip compiles every piece of information you need to know about your flight with a simplified interface for a smooth booking process. Cancelling and rescheduling are also hassle-free on Cleartrip. It’s truly a reliable platform.

Miami has free trolley services that navigate between every major sightseeing place like Coral Gables, Miami Beach and so on. There is also a local bus system called the Metrobus. Other than that Uber and Lyft are way better than the local taxis because they are expensive.

Where to Move on Long Island

Previous Post How Much Money Should I Bring To The Philippines? Next Post 9 Reasons To Visit Nepal