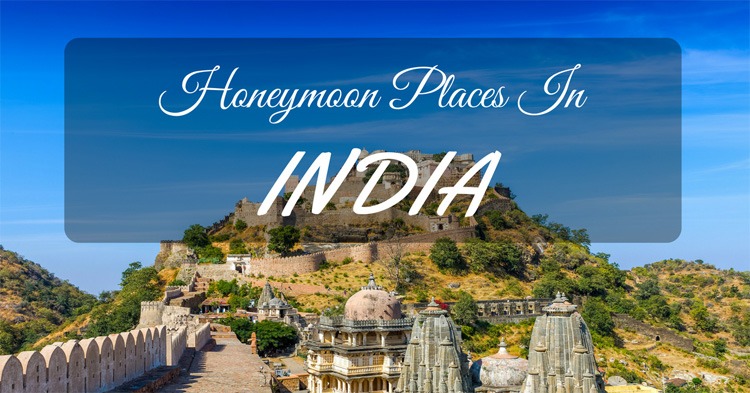 Looking For The Most Amazing Honeymoon Places In India

Traveling the world has its downsides and it has its perks. Sure, some days I do wish I had a permanent home to return to, but then again I would not be able to give up finding magic all over the globe.

Take for example my trip to India, early last year. It was intended as a two-week vacation, and yet it ended up lasting over 4 months. The food and vibrancy of the people and the culture captivated me and I can honestly say I fell in love there.

Maybe you’re after a little heat and a little spice after your wedding and maybe I can help you with that. Let’s explore some awesome honeymoon places in India!

This may be a little surprising to some, especially given that India is pretty notorious for its overcrowding and its traffic, especially in the larger cities. However, I found Chennai to be charming, especially seeing as it is one of India’s four metropolitan cities. There is no better place to soak up culture while safe in the fact that you are in the safest place in India (1).

Chennai city center is a little crowded, granted, but there are many sights to take your newly-wed along to see and explore! There are over 600 Hindu temples all around Chennai, together with a few churches and mosques. This does allow for a very peaceful trek through the city. Out of the city, however, is where the magic begins. Being a coastal city has its perks, as beaches almost entirely cover its eastern length. There are many places along the coastline to kick back and truly enjoy the warm Indian summer the two of you came here for. Pro Tip: Visit Mamallapuram! Not only is it along the coast, but there is also a temple; best of both worlds (2)!

Being a big city also does mean that it is easy accessed and is connected to many other parts of India. Bonus!

What romantic getaway to India is complete without a trip to Agra, the home of the Taj Mahal? People from all walks of life flock to see the Taj Mahal and while it does make it very busy, there is no reason for you two to skip seeing this Wonder in real life. The monument itself is a symbol of long-standing love, having being built by then-emperor Shah Jahan, in memory of his third wife, Mumtaz Mahal. They are both entombed within the building and was built symmetrically on all sides. Do keep in mind, however, that all this activity does make the Taj Mahal very touristy however worthwhile the trip may be (3). A stone’s throw away from the Taj Mahal are two other UNESCO World Heritage Sites, the Agra Fort, and Fatehpur Sikri. The history buff inside the both of you will be ever-grateful for the opportunity to sneak a peek into Agra’s storied past. They have both also been kept to the highest standard and are monuments not to be missed. In only a short few days, I had the opportunity to trek the stunning Yamuna River which had been kept clean only in strategic parts. Conservation and clean-up efforts are now underway and if that is something of interest to you, as a couple, then do make sure to get involved!

Venice has been a dream honeymoon destination for years, which makes it so much more surprising that so few have taken notice of Alappuzha. While it is getting more and more popular these days, there were still not as many people as I had expected! The city center is quite small and yet never stops buzzing with activity and trade. Houseboats of days gone by still drifting down the large network of canals, and alongside the little canoes that carry goods from place to place, is the heartbeat of this little vibrant region (4).

Really, its “Venice of the East” nickname isn’t as far-fetched as once thought. You would probably want some rest and respite after all the madness and the planning of the wedding, right? Well, you will be hard-pressed to find anywhere else in India as suited for relaxation as Alappuzha. Most of the region still consists of village life and locals going about their business (planting and harvesting rice most) will make the perfect backdrop for your time away together.

Barring all that, there is always the option of lounging around by the beach! No honeymoon is complete without a beach getaway of some kind, and Alappuzha Beach is just stunning. In amongst all the rush and industrialization, it really is quite nice to take a step back into the beautiful greenery that Alappuzha still provides (5). Want to get close to the Himalayas without actually leaving India? Darjeeling is where you need to be! The town is sat 6,710 feet above sea level, allowing it to be much, much cooler than most of the rest of India. In fact, you can even see snow-capped mountains from this quaint little town! That was definitely something I was not expecting, coming to India.You may well already be familiar with the name, as they export some of the highest quality teas around the world. However, there is much more to the place than that. Sure, the town is not as well-maintained as many others, but the sincerity of the people and the views from this location still draw the eye. The people here are also a little different from the rest of India. Nepalese, Tibetan, and people from the Gorkhas meld together with locals from different parts of India, creating a vibrant, chattering town. If you are looking for a peaceful, cool town to be in for your honeymoon, surrounded by nature and good-natured people, this is the place to be (6).

These days, India is definitely beginning to pick up its pace to keep up with the ever-moving world. Skyscrapers, sharp increases in population, and a never-ending stream of tourists are no longer uncommon in India.

This list was made to showcase some of the places that romance is still allowed to live, where tradition is revered and respected, and where time is allowed to pass without the fear of deadlines or closing hours.

Hopefully, this list has helped make it a little easier to plan your Indian honeymoon! Do share it around if you enjoyed this piece and tell me in the comments if I missed a spot! India is as large as it is beautiful, so I would not be surprised if I did not include a stunning gem.Happy travels!

Previous Post Getting To Know The Best Of Myanmar! Next Post Testing And Finding The Best Quick Dry Towels